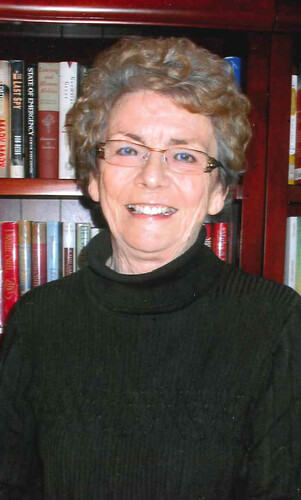 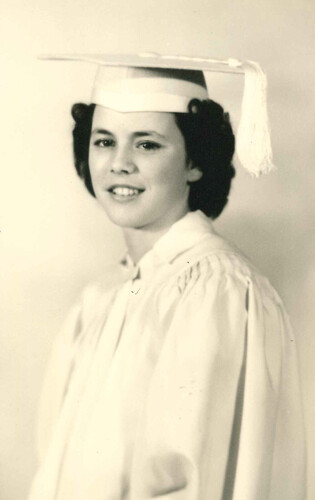 Bathurst – Mrs. Laurette Roussel, wife of the late Harvey Roussel, passed away after a long battle with Alzheimer’s on Friday November 6th, 2020 at the Robert L Knowles Veteran’s Unit in Bathurst, NB. She was 87.

Born in Bathurst she was the daughter of the late Richard Alexandre Doucet and Rose-Marie Grant.

She was predeceased by her brother, George and sister-in-law, Johanne.

Laurette graduated from the Halifax Infirmary School of Nursing in 1955. She loved nursing and worked in several hospitals as well as a Doctor’s office. Laurette & Harvey opened the first drug store in the Acadian Peninsula (Roussel Pharmacy) located in Tracadie. This thriving business went on to become Jean Coutu Pharmacy. A second store was opened in Caraquet later on.

Mom & Dad spent many great days & nights entertaining family & friends at their camp. She curled, golfed and enjoyed snowmobiling. She was a caring and kind person and loved her two grandchildren. Unfortunately, because of the pandemic she never got to meet her great-granddaughter Ellie.

As per Mom’s wishes there will be no wake. A celebration of life will be held at the chapel at Elhatton’s Funeral Home by invitation only.

A special thanks to the staff (her second family) at the Robert L Knowles Veteran’s Unit for their kindness and care. It will never be forgotten.

Donations in memory of Laurette can be made to the Robert L Knowles Veteran’s Unit or the Alzheimer’s Society. Arrangements are in the care of Elhatton’s Funeral Home (www.elhatton.com), Bathurst.