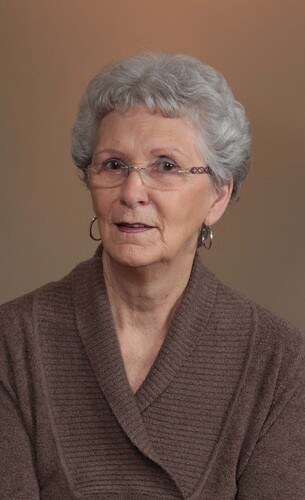 Beresford - Mrs. Jeannine Poirier, 81, wife of the late René Poirier, of Beresford, passed away on Wednesday November 25, 2020 at the Chaleur Regional Hospital, Bathurst.

Born in St-Arthur, NB, she was the daughter of the late Wilfred and Agnes (Gallant) Levesque.

She is survived by four children:  Lisa Postnikoff (Jeff) of Prince George, BC,  Marc Porier (Diane Cormier) of South Tetagouche,  Carole Degenais (Don) of Peterborough, ON and  Guy Poirier (Therese) of Bathurst.

Besides her husband, she was pre-deceased by a grandson, Justin.

Jeannine was the former owner of the Shell and Petro Canada Service Stations on St. Peter Ave., Bathurst and reached the coveted Rank of Life Master in Bridge.

There will be no visitation at the funeral home. Due the current pandemic a funeral service will be held at a later date to be announced.

Donations in memory of Jeannine may be made to the Chaleur Regional Hospital Foundation or a charity of the donor’s choice.