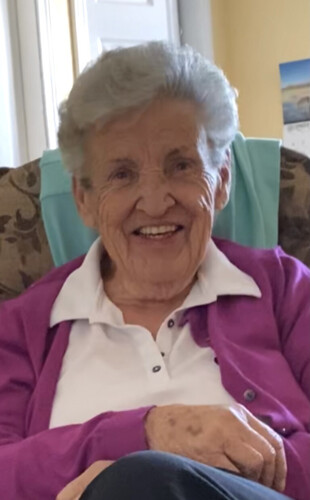 It is with great sadness the family of Jacqueline Comeau, wife of the late Aurèle Comeau, formerly of Nigadoo, announces her passing which occurred at the Foyer Notre Dame de Lourdes, Bathurst on Wednesday, January 6, 2021 at the age of 89.

Born in Green Point, she was the daughter of the late Evariste and Adélia (Doucet) Fournier.

She was predeceased by her son, Marc; her granddaughter, Kimberly, her sisters and brothers: Anita (late Theodule), Corinne(late Livio), Edna, Gérald, Valmond, Roméo and Aldéric.

Donations in memory of Jacqueline may be made to a charity of the donor’s choice.

The family would like to thank the staff at the Foyer Notre-Dame de Lourdes for the excellent care give to their mother.

Due to the current pandemic, a funeral service will be held at a later date.

Arrangements are in the care of Elhatton’s Funeral Home, Bathurst(www.elhatton.com).