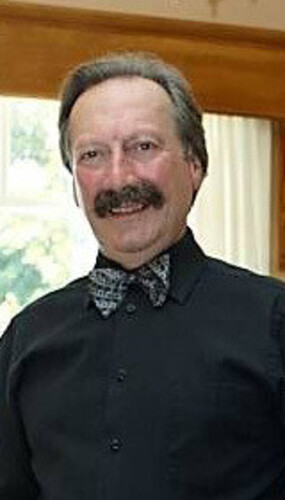 It is with great sadness that our family announces the passing of our dear Gérard “Nou-Nou” Paulin, which occurred at the Chaleur Regional Hospital on Saturday, January 9, at the age of 77.

Born in Caraquet, he was son of the late Léo Paulin (Hotel Paulin) and the late Eva Albert (Château Albert). He joined his mother in the operations of Hotel Paulin in Caraquet, until her death in 1972, when he took over the business.

Gérard continued the family hotel business tradition for nearly 50 years that spanned three generations. He was a member of St-Pierre-aux-Liens Church choir.

He is survived by his wife, Karen Mersereau and their son Jules both of Caraquet, as well as his five sisters: Léola Cyr and Alberte “Bebette” Paulin both of Caraquet, Argentine “Gigi” Paulin and Marcelle Bessette both of Montréal, Qc, Pierrette Hafner of Geneva, Switzerland.

There will be no visitations at the funeral home. Funeral Mass will be celebrated from Église St-Pierre-aux-Liens, Caraquet once covid restrictions are lifted. A celebration of Gérard’s life will be held from the Hotel Paulin at a later date.

Donations in memory of Gérard may be made to the Canadian Cancer Society or a favorite charity. Arrangements are in the care of Elhatton’s Funeral Home (www.elhatton.com), Bathurst.