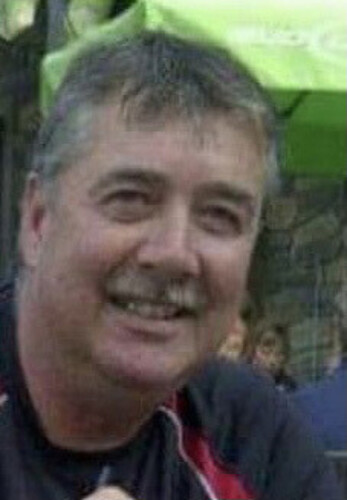 It is with great sadness that we, the family, announce the passing of Michael Taylor (formerly of Bathurst) who passed away suddenly at this residence in Didsbury, AB on Sunday, January 17, 2021 at the age of 55.

Born in Bathurst, he was the son of John and Annette (Pitre) Taylor.

Besides his parents, he is survived by his loving wife Carolyn Taylor and four beautiful daughters: Amy (Cory), Samantha (Justin), Kassi and Linzi; as well as three grandchildren: Syliss, Saylem and Rennick.

Mike “Big Mike” was a man who had a great joy for life and lived every moment to the fullest. His smile was contagious the minute he walked in a room.

Mike started his career with the Canadian Armed Forces and retired from the Canadian Air Force as a Master Corporal. Mike considered it an honor to serve his country for so many years.

Mike will make his final voyage “home” when travel restrictions are lifted.