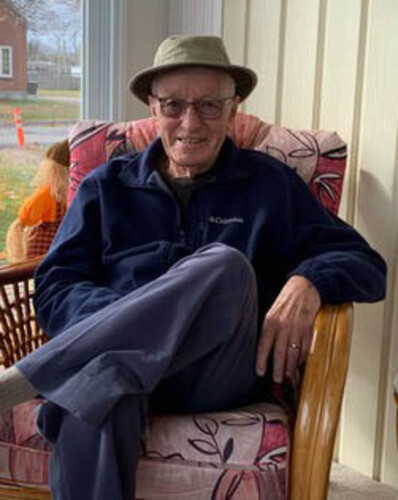 Bathurst - It is with heavy hearts that the family would like to announce the passing of Byron Kent Branch, of Bathurst, which occurred Monday February 22, 2021 at the Saint John Regional Hospital at the age of 83.

Born in Bathurst, he was the son of the late Clifford and Vera (Brown) Branch.

Byron was an active member of the First United Church in Bathurst, a member of the Royal Canadian Legion Branch #18 and was retired from the former Consolidated Bathurst Paper Mill, where he worked for 39 years.

Byron is survived by his wife Ethel Mae (Robertson) Branch of 60 years.

He is survived by his son Todd Branch (Danie) and their children Dallas, Tyler and Madison of Quispamsis and granddaughter Allison Catherine Gallant.

He was predeceased by his son, Robertson Kent, daughter, Sue Ellen and his brother Bill Branch.

Byron was a dedicated husband, father and friend to many. He had a love for cars. He spent his time volunteering with the First United church, the Legion and Scouts. After retirement Byron enjoyed his 6 AM coffee at McDonalds with the Boys. You could also see him on his tractor or behind the snow blower as he loved keeping his property looking “lovely”.

He will be dearly missed by many, especially the Saturday Night group, forever lasting memories.

A private family celebration in memory of Byron at the burial site in Bathurst will occur at a later date.

Donations in memory of Byron may be made to Alzheimer’s Society of New Brunswick (Dementia) or a charity of your choice. Arrangements are in the care of Elhatton’s Funeral Home (www.elhatton.com) in Bathurst.