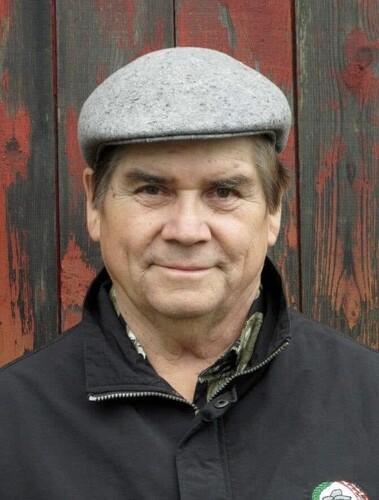 This is to announce the death of Mi’gmaq elder Gilbert Sewell, of Pabineau First Nation, New Brunswick, who died on Sunday morning, March 21, 2021 at the age of 81.

Gilbert was born at home in Pabineau First Nation 1939. He served in the Canadian Armed Forces, tank regiment, in Strathcona, Alberta and was a machinist by trade.

In 1972 he received a Ford Fellowship to study Indigenous cultures and travelled extensively across Canada and throughout the United States as well as to Ireland. In his lifetime he shared the knowledge he gathered with everyone, enlightening many universities, multi-cultural associations, museums, communities, daycares, schools, and tour groups from across Canada, the United States, Japan, France, and Germany. He had a very close relationship with the Bathurst Heritage Museum in Bathurst, New Brunswick.

The recipient of many prestigious awards, Gilbert received the Queen’s Jubilee Medal from the Lieutenant-Governor of the Province of New Brunswick, the NB Human Rights Award, NB Eco Award, the Orono, Maine Museum Award, and the Canadian Merit Award. These accomplishments can be attributed to Gilbert’s tireless dedication to sharing, expressing, and teaching others about his Mi’gmaq heritage.

Gilbert also had audiences with Lady Diana, Pope John Paul II, and the Consul of France. He was featured in numerous publications and media throughout his lifetime, such as, CBC, APTN, The Discovery Channel and the National Film Board of Canada. He also told Mi’gmaq stories and shared his culture on CBC Radio’s Mainstreet and spoke with many authors who became friends, including Sally Armstrong and Paul Almond. He also provided the core content for a cd-rom in the 1990’s encompassing Mi’gmag language, traditions, and medicines entitled “Exploring an Ancient Civilization: the Mi’gmaq.”

Gilbert has also worked with archeologists on an excavation site at Youghall Beach in Bathurst, New Brunswick. He assisted in viewing and examining pre-European contact Indigenous campsites and settlements. He was also a known expert witness in court cases involving Mi’gmaq rights, including for the Supreme Court Canada.

Gilbert Sewell completed his own book of medicines called "Plants of 'Nnue'gati - Memoirs and Tales Of Sgi'ji'nnu" and wrote a weekly column for The Northern Light and The Miramichi Leader.

He worked closely within his own community as well, sharing his knowledge at Mi’gmaq cultural events and gatherings and teaching the Mi’gmaq language. He was a cultural liaison between the school district and the Pabineau First Nation community and loved it. Every year Gilbert was invited by the Chief and Council of Fort Folly First Nation to hold a traditional Mi’gmaq culture summer school in Fort Folly, which he loved and talked about often. He has worked as a member of Arts New Brunswick on the Circle of Elders Working Committee, with UNB as well, and most recently served as an elder in residence at Mount Allison University in Sackville, New Brunswick.

Gilbert was a well-respected and much loved Mi’gmaq elder, oral historian, folklorist, storyteller, guide, woodcarver, and carrier of Mi’gmaq traditional knowledge. His charisma and sense of humour, love for life, learning and sharing reached far beyond, and enriched his community. A loving father, husband, grandfather, brother, uncle, cousin and friend, his joyous presence will be cherished forever. He was born at home and died at home, peacefully, surrounded by family. Even as he was passing on into the spirit world he was still sharing what he was learning. He said: “Pemwikimit wa’so’qwimink.” (the heaven is blossoming).

A private family funeral was held from Sacred Heart Cathedral on March 23rd, 2021.

The family would appreciate any donations to be given to the Bathurst Heritage Museum in Bathurst, New Brunswick on behalf and in honour of Gilbert Sewell.