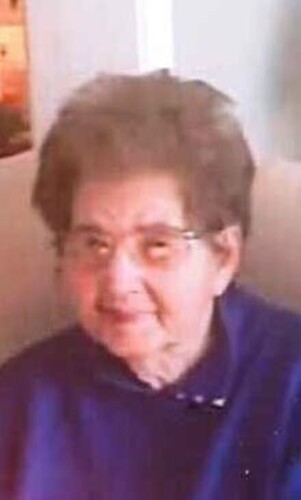 Bathurst- Mrs. Argentine Couture, wife of the late Émile Couture, of Bathurst, passed away Thursday, April 29th, 2021 at the age of 92.

Born in Bertrand, she was the daughter of the late Eddy and Exelia (Cormier) Mazerolle.

Argentine was a member of the Ladies Auxiliary of the Herman J. Good, V.C. Br. 18 Royal Canadian Legion, Bathurst.

She is survived by one son, Edward Couture (Loraine) of Moncton and one daughter, Noëlla Couture (late Gérald) of Bathurst.

Besides her parents and son-in-law, she was predeceased by a brother, Emilien.

There will be no visitation at the funeral home. Funeral mass will be celebrated at 11 a.m. on Thursday May 13th, 2021 from Sacred Heart Cathedral.

Donations in memory of Argentine can be made to a charity of the donor’s choice.