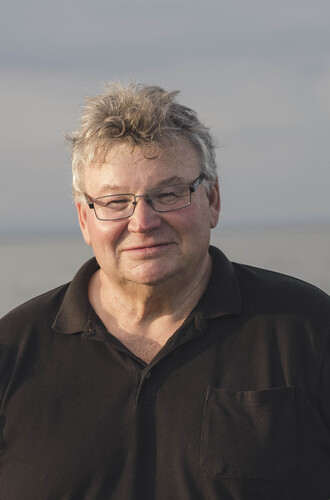 Bathurst – Keith Loupelle, of Bathurst, passed away suddenly on Wednesday May 19, 2021 at his residence. He was 69 years old.

Family was so important to Keith; he put a lot of time and effort into keeping in touch with those he loved. He leaves behind his partner, Evelyn Doucet-Daigle, whom he adored. He is also survived by and was immensely proud of his two children Steffan (Natasha) Loupelle and Christianne Loupelle, both of Montreal, and he loved to visit and spoil his two granddaughters, Elise and Eveline Loupelle, whenever he got the chance.

In addition, Keith is survived by his brothers Wayne (Claudette) of Calgary, AB, Nick (Diana) of Charlottetown, PEI, Craig (Kara) of Barrie, ON, and his eldest sister Audrey von Bogen (Othmar) of Buckhorn, ON, as well as his many nieces, nephews, and cousins across the country.

Born in Creighton Mines, Ontario, Keith was the son of the late Nickolas and Rita Loupelle. He is also predeceased by two sisters, Carol Graham (Ron) of Abbotsford, BC, and Phyllis Evans (Chris) of Sudbury, ON.

Keith worked for the government of New Brunswick’s Department of Transportation and was a former Bathurst City Councilor. He loved his community and worked incredibly hard during his years on city council and afterwards, to make Bathurst a better place.

Keith was an unbelievably generous person. Whether he was supporting medical research with The Heart and Stroke Foundation and the Lung Association, donating turkeys to the Bathurst Volunteer Centre over the holidays, or helping out a friend or neighbour, his kindness and generosity knew no bounds. Keith also had a tremendous love for animals, big and small; their wellbeing was so important to him. Family pets became his constant companions and were treated and loved like children. He took great joy in watching the comings and goings of all manner of birds and critters to his feeders, his flower gardens, and the occasional raid of his compost bin.

Due to Covid restrictions, the funeral service will be held at a later date. Donations in his memory may be made to a charity of the donor’s choice, as Keith was a firm believer in helping those less fortunate and paying it forward if you were able. Arrangements are in the care of Elhatton’s Funeral Home (www.elhatton.com), Bathurst.