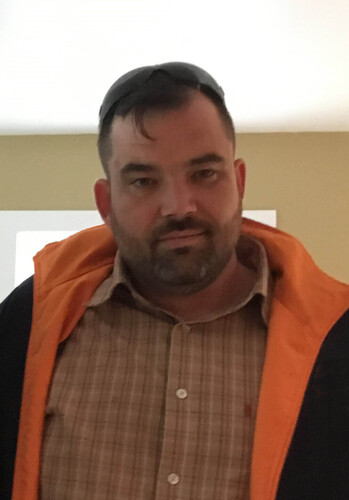 It is with great sadness the family of Jason Vienneau of Saint Laurent, announce his passing which occurred Tuesday June 1, 2021, at the Chaleur Regional Hospital in Bathurst, after a brief illness, at the age of 40.

Born in Bathurst, he was the son of Robert "Bob" Oxford (Kim) and Jocelyne Vienneau.

Jason worked for many years on the railway in Ontario before returning to New Brunswick where he worked at the Bathurst Homeless Shelter.

Besides his father of Mississauga, ON, and his mother of Beresford, he is survived by his spouse Krystale St. Jean and two children: Dilane and Noah both at home.

One brother, Bob Oxford Jr. (Sarah) of Sudbury, ON. Two sisters: Ashley Hunt (Garrett) of Mississauga, ON and Meagan Oxford of British Columbia.

The family will receive relatives and friends at Heritage Funeral Home (www.heritage.com), Beresford on Friday June 4, 2021, from 2 to 4 and 7 to 9 p.m. The visitation is open to the public with covid restrictions in place.

Funeral Mass will be celebrated at Sainte-Thérèse Church in Robertville at a later date.

Donations in memory of Jason may be made to the Heart and Stroke Foundation or a favorite charity.