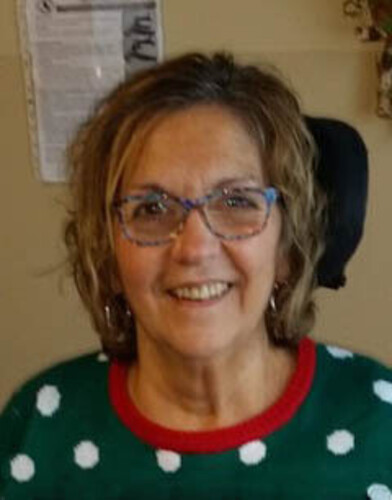 It is with great sadness that the family of Susan Poupart, announces her death, which occurred Saturday, June 12, 2021 at the Chaleur Regional Hospital in Bathurst at the age of 63.

Born in Bathurst, she was the daughter of the late Edouard and Kathryn “Sis” (Veniot) David.

She worked as a Registered Nurse for most of her life.

She is survived by her daughter, Erika Poupart of Banff, AB.

Aunt to Jenna, Alicia, Spencer, Ray and step-aunt to Sarah.

Susan is also survived by her best friend, Lynda LeRoux of Beresford.

Besides her parents, she was predeceased by an infant brother, Robert.

There will be no visitation at the funeral home. A funeral mass from Sacred Heart Cathedral will be celebrated at a later date.

Donations in memory of Susan may be made to The Multiple Sclerosis Society or a favorite charity.

Arrangements are in the care of Elhatton’s Funeral (www.elhatton.com), Bathurst.