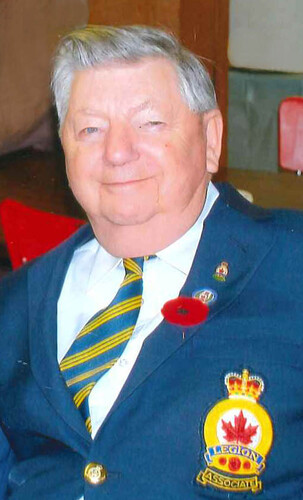 It is with great sadness that the family announces the passing of their brother, Lionel Blanchard which occurred Tuesday June 15th, 2021 at the Chaleur Regional Hospital in Bathurst at the age of 86.

Born in Bathurst, he was the son of the late Stanislas Blanchard and Victoria Christie.

He was pre-deceased by his first wife, Dora Comeau and by his second wife Julienne Caissie and also by his brothers: Wilfred, Kenneth, Arnold, John, and Harvey a sister, Marguerite and an infant sister, Priscilla.

Prior to his retirement he worked at the Trade School for 27 years. He was a 4th degree member of the Knights of Columbus in Beresford for the last 26 years and also a member of the Royal Canadian Legion VC Branch #18 in Bathurst.

Special thanks to Dr. Wade, the many doctors, nurses and all those who took excellent care of him during his hospitalization. He was treated with kindness and dignity.

There will be no visitation at the funeral home. Funeral mass will be celebrated Tuesday June 22, 2021 at 11 a.m. from Holy Name of Jesus Church in Beresford. Arrangements are in the care of Heritage Funeral Home (www.mfhertiage.com).

Donations in memory of Lionel may be made to the Heart and Stroke Foundation or a charity of the donor’s choice.