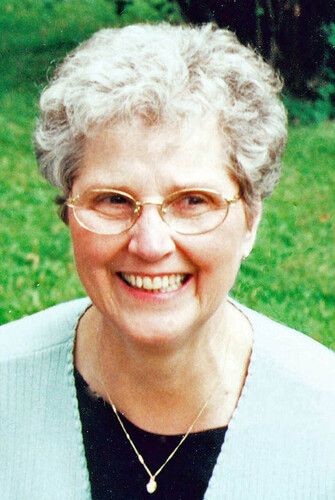 Bathurst – Elizabeth “Betty” St-Onge, wife of the late Jacques P. St-Onge, formerly of Vantassel St., passed away on Sunday, June 20, 2021 at the Foyer Notre-Dame-de-Lourdes in Bathurst at the age of 84.

Born in Edmundston, she was the daughter of the late Linnwood and Lina (Lavoie) Fife.

Besides her husband Jacques, she was predeceased by her sister Gloria and her brother Lawrence.

Elizabeth’s career was in the field of education. She taught in several areas in the Edmundston and Bathurst regions.

There will be no visitation at the funeral home. A private funeral service for family and friends will be held on June 30, at 1:30 pm, at the Elhatton’s Funeral Home Chapel (www.elhatton.com), Bathurst.

Donations in memory of Betty may be made to Foyer Notre-Dame-de-Lourdes or a charity of the donor’s choice.