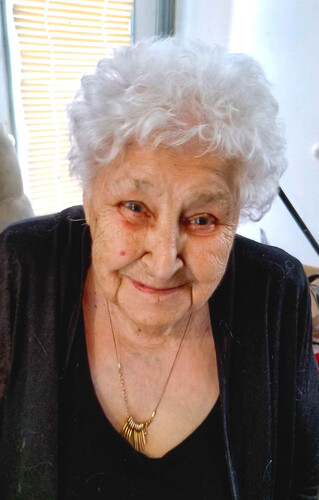 Born in Caraquet, she was the daughter of the late Henri and Julie (Doucet) Lambert.

She is survived by two sons, Harry Hamilton of Big River and Donald Hamlton (Denise) of Petit-Rocher.

Besides her husband, she was pre-deceased by her sister: Léonie Pelletier and her brother Théophile.

There will be no visitation at the funeral home. Funeral mass will be celebrated on Tuesday June 29th, 2021 at 11 a.m. from Saint-Polycarpe Church in Petit Rocher. The funeral is open to the public with all COVID restrictions in place.

Donations in memory of Germaine may be made to the Canadian Cancer Society or to a charity of the donor’s choice.