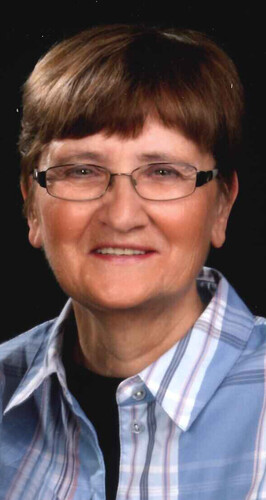 Bathurst- Jeanean Smyth, wife of Roland Smyth of White Lane, passed away Monday June 28th, 2021 at the Chaleur Regional Hospital in Bathurst at the age of 71.

Born in Sudbury, ON she was the daughter of the late Clement and Corinne (Bernard) Valcourt.

Jeanean had a career with the Royal Canadian Air Force before working for the Corps of Commissionaire as supervisor.

Besides her husband, she is survived by two children: Jimmy Stothard (Julia) of Ottawa, ON and Christina Kennedy (Robert) of Bathurst.

She was predeceased by one sister, Carol and a brother, Marc.

There will be no visitation at the funeral home. A private funeral service will be held on Saturday, July 3rd, 2021 from the First United church.

Donations in memory of Jeanean may be made to the Canadian Cancer Society or a charity of the donor’s choice.