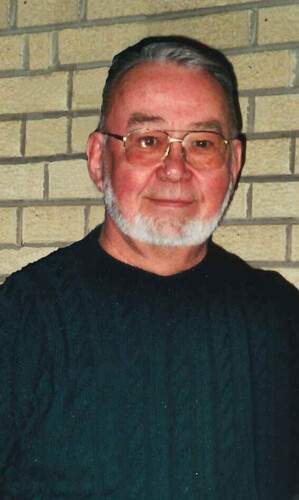 North Tetagouche – Donald Linden, husband of the late Lucille (Côté) Linden, of North Tetagouche, passed away on Sunday July 18, 2021, at the Chaleur Regional Hospital, Bathurst, at the age of 84.

Born in Moncton, he was the son of the late Beverley and Isabel (MacDonald) Linden.

Donald retired after over 37 years with Canadian National Railway.

He is survived by twin daughters: Michelle Linden-Beckingham (Sandy) of Dalhousie, NB and Linda Wabie (Bryan) of Woodstock, ON.

One brother, Robert Linden of Moncton.

Besides his wife, he was pre-deceased by an infant son, Mark Allan, a brother, John, three sisters: Elizabeth, Mary and Edna.

There will be no visitations at the funeral home. A Celebration of Life will be held at a later date.

Arrangements are in the care of Elhatton's Funeral Home (www.elhatton.com), Bathurst. For anyone wishing to send tokens of sympathy, the family would appreciate donations to a charity of the donor’s choice.