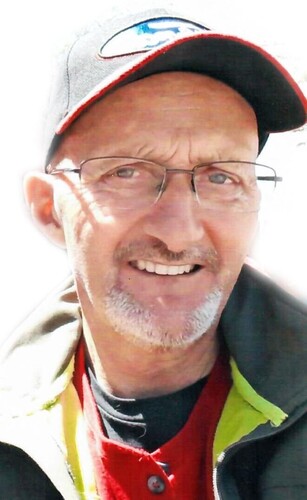 It is with great sadness the family of Robert Couture, husband of Susan (Casey) Couture announces his passing which occurred at his residence in Petit-Rocher on Tuesday, August 10th, 2021, at the age of 59.

Born in Bathurst, he was the son of the late Alphonse and the late Evangeline (Boucher) Couture.

Besides his wife, he is survived by his daughter, Tiffany Bertin (Shane Aubé) of Bathurst. His brothers and sisters: Johnny (Claudette LaPlante) of Petit-Rocher, Danny Couture of Big River, Diane Lavigne (Roger Comeau) of Beresford and Betty Anne Dobson (Jim Tabor) of Bathurst. He also leaves to morn his nieces and nephew that hold a special place in his heart: Alyssa, Carole and Andrew; and many nieces and nephews.

As per his wishes, there will be no visitation at the funeral home. Funeral will be held at the Saint-Polycarpe Church in Petit-Rocher on Thursday, August 19th, 2021, at 4h00 p.m. In memory of Robert, donations can be made to a charity of your choice.

Arrangements are in the care of Heritage Funeral Home in Beresford. (www.mfheritage.com)