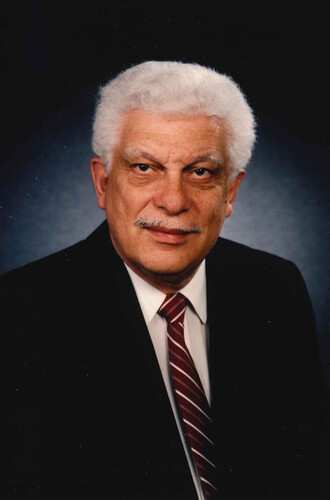 It is with deep sadness, the Levesque family wish to announce the passing of Gérald Levesque, husband of the late Olga Levesque, which occurred at the age of 90, on Thursday, September 2nd, 2021 at the Foyer Notre-Dame de Lourdes in Bathurst.

Born in Bathurst, he was the son of the late Levite and late Louise (Cyr) Levesque.

He is survived by his children: Ginette (McLaughlin) Leigh of Grand Sault, NB, Robert (Carmen Bouchard) Levesque of Middle River, NB, Gilles (Marjolaine Cormier) and Michel Levesque, all of Bathurst.

He also leaves his grandchildren: Dylan, Myran, Jillian, Yan, Janie, Michel-Andre and Josianne; and many nieces and nephews.

Gérald attended the Universite du Sacre-Coeur in Bathurst. Following his studies, he purchased the Levesque building on Main Street where he operated the Levesque Barber Shop and co-owned the hairstyling academy “La Coupe Plus”. He was a master barber for a period of 64 years. He was also a member of the Bathurst Downtown development and revitalization committee, the last living founding member of the Bathurst Richelieu Club since 1957 and sat as president of the club in 1957. In addition, he served on the administrative counsel of the Bathurst VON as president for several terms: as well as commissioner of the Francophone School District #4 for two terms and on the administrative counsel board of the “Caisse Populaire de Bathurst”.

The family will receive relatives and friends at the Elhatton Funeral Home, in Bathurst on Thursday, September 9th, 2021 between 7 and 9 p.m. Funeral Mass will be celebrated at a later date from the Notre-Dame-du-Sacre Coeur Church in St-Andre du Madawaska. In Memory of Gérald, donations may be made to the Foyer Notre-Dame-de-Lourdes, the Chaleur Regional Hospital Foundation or a charity of choice would be appreciated. Arrangements are in the care of Elhatton Funeral Home in Bathurst. (www.elhatton.com)