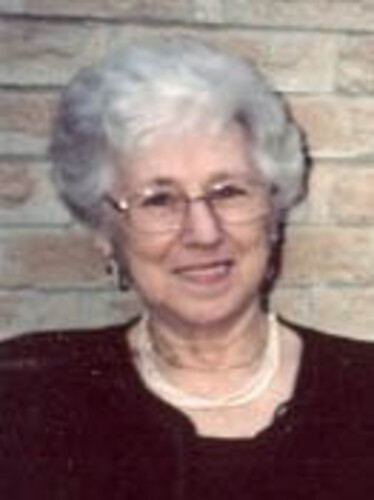 It is with great sadness that the family of Yvonne Arseneau of Toronto, Ont. announce her passing

at St. Michael’s Hospital on June 15 after a long illness. Yvonne was 92 and was the wife of the late

Bernard Arseneau. Born in Bathurst, she was the daughter of the late Lauza Guignard and the late Edgar

Thibeault Sr. She is survived by two daughters, Fatima Ritter (Peter) of Victoria, B. C. and Carmel

Yvonne was predeceased by one sister, Therese Dugas and three brothers, Patrice, Omer and

She also leaves behind several nieces and nephews.

The family received relatives and friends at Rosar-Morrison Funeral Home in Toronto. Funeral

Service was celebrated at the Rosar-Morrison Funeral Chapel on July 9 at 1:00 p.m. Interment followed

at Holy Cross Cemetery in Thornhill, Ont. Out of Province relatives came from British Columbia and

Donation in memory of Yvonne may be made to a charity of the donor’s choice. Yvonne will be sadly

missed by her family and friends. We love you. Rest in peace.