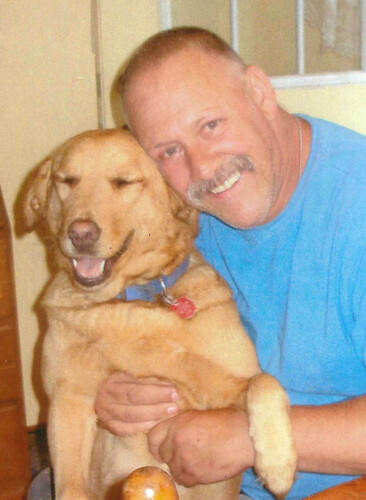 It is with great sadness we the family of Ronald “Ron” Christie, 66, of Big River sorrowfully announces his passing on Wednesday, October 6, 2021 at the Chaleur Regional Hospital, with family at his side after a courageous battle with cancer.

Born in McGivney, NB he was the son of the late James and Noella (Henry) Christie.

Ron had a zest for life, he loved to bring a smile to people’s faces, it brought him great joy and happiness. In doing so, he was a successful clown, known as Cou-Cou, The Musical Clown and was a registered member of Clowns Canada since 1988 until his retirement in 2015. He was Top Clown of Canada twice, 1989 and 1991.

During his six years in the North Shore Regiment, he was able to complete over 150 jumps parachuting. He loved to fly and at one time owned and flew his own Cessna plane.

Ron’s love of music was evident through his ability to pick up just about any instrument and play. He was especially gifted with the accordion and keyboard, having performed endless concerts throughout the City of Bathurst and various other locations.

He had also produced his own TV Cable Show “Ron’s Happy Talent Show”.

He had many hobbies and interests: skydiving, ultralight flying, building rocket kits, model planes and car kits, bird houses, swing sets, picnic tables and much more, but his passion was intarsia woodworking, and also included building caskets for himself and his wife, completing numerous projects over the years.

Ron’s dyslexia did not pose as an obstacle but as a gift, it enabled him to have a vision and unique perspective on any project he undertook.

Volunteering for events for the IWK, Children’s Wish, Friends In Song, the Senior’s Residential Unit of the Chaleur Regional Hospital and senoir’s care homes brought him real joy.

In spite of several years of emotional and physical abuse as a youth, he still managed to bring smiles and happiness to young and old. When featured on Wayne Rostad’s CBC TV Show “On The Road Again”, Wayne told Ron, “you will have more laughter than tears.”

His life size clown exhibit is on display at the Bathurst Heritage Museum.

His kindness and willingness to help anyone in need will always be remembered.

Two step-sons: Eldon Arthur R. Lockhart (Karen) of Napean, ON and his daughter, Bethany, Gary Lockhart (Colinda) of Salisbury, NB and his children: Elijah and Adélia.

The mother of his children, Jeanne Christie. He is also survived by numerous uncles, aunts and cousins.

Besides his parents, he is predeceased by brothers: Paul and Henry and an infant step-grandson, Eldon Clayton William Lockhart.

We sincerely wish to thank the compassionate care and kindness shown to Ron during his long battle with kidney cancer starting in November 2009 and eventually diagnosed with brain cancer of the cerebellum in November 2020: Dre Marie-Andrée Arseneault of Bathurst, Extra Mural, cancer team of Dr. Ghedira of the George Dumont Hospital in Moncton, the special team at the Mgr. Henri-Cormier Lodge of Moncton, NB, Ambulance NB, Palliative Care Unit of the Bathurst Hospital and Elhatton’s Funeral Home.

Ron’s deep faith in God sustained him through life’s many challenges.

Donations may be made to the Canadian Cancer Society, the Auberge Mgr. Henri-Cormier Lodge (Moncton NB) or to a "Go Fund Me" page that has been set up to help with immediate transitional expenses.

Visitation will be held on Thursday, October 14, 2021 from 2-4 and 7-9 pm at Elhatton’s Funeral Home (www.elhatton.com). Proof of double vaccination and masks are required to attend the visitation.

An outdoor graveside service will be held on Friday afternoon October 15, 2021 at 2 pm in Holy Rosary Cemetery, St. Peter Ave, with Pastor Joel Buckingham officiating. Physical distancing measures will be in place.