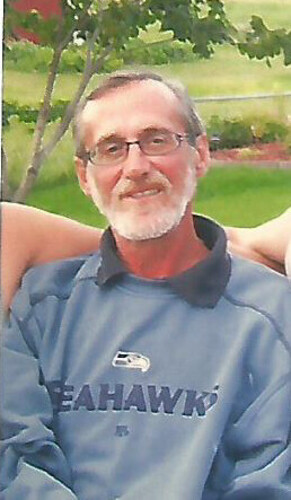 It is with great regret, that we, the family announce the passing of Gerald Steffler of Beresford and formerly of Ontario, which occurred on Tuesday, January 11, 2022 at the Chaleur Regional Hospital in Bathurst, at the age of 66. Born in Ontario, he was the son of Rosia Comeau Steffler of Point-Verte, NB and the late Kenneth Steffler. Besides his mother, he is survived by his sons: Jefferey Steffler and Matthew Steffler, both of Ontario. He also leaves a brother, Kenneth Steffler Jr. and a sister, Janet Steffler-Sutton, both of Ontario and several nieces, nephews, and cousins, as well as a cousin Jean-Hector Lagacé whom he considered as a brother. The family would also like to thank Dr. Jean-Pierre Arseneau as well as Extra Mural. In respect with his wishes, there will be no visiting at the funeral or funeral service. In memory of Gerald, donations maybe made to a charity of your choice would be appreciated. Arrangements are in the care of Heritage Funeral Home in Beresford. www.mfheritage.com