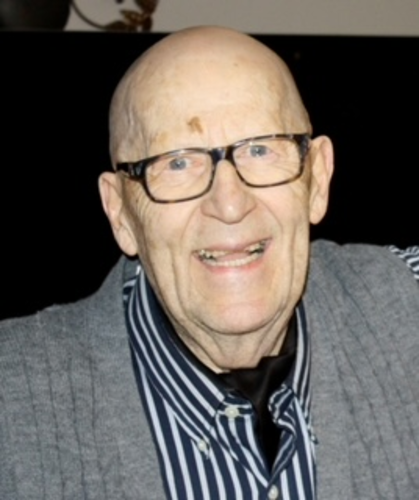 Moncton - It is with a heavy heart, that we the family, announce the death of Omer Roy, 86, which occurred at the Moncton City Hospital on Thursday May 26, 2022, following a brief illness.

Born in Robertville, he was the son of the late Arthur Roy and May (Doucet) Roy.

Besides his parents, he was predeceased by his sister, Jeannine (Roy) Caissie which he truly admired and cared for until her passing.

Omer is survived by his half sister, Patsy Aubie, of Beresford. He will be missed by his many nieces and nephews, especially his nephew Gerard Caissie (Debbie) with whom he shared a special bond as well as his extended family and the many friends he made over the years.

Omer had a remarkable career in the hospitality industry. He started his career in Montreal in 1955 as a bus boy. A year later, he returned to his hometown and began bartending at the Vista Bay Club. In 1961, he joined the WJ Kent and Co. as a manager and bartender of the then popular Harbour Room Cabaret, where he worked for 20 years. While working at the Harbour Room he won the Silver Award in National Cocktail Competition with his own creation of “The Brunswicker Cocktail”, which he was proud of. In 1982, he began working at the Atlantic Host Inn as a bartender until his retirement in 2000 after a 45-year long career. Some of his fondest memories are of all the wonderful people he had the pleasure of serving right here in his hometown.

You will always be remembered for your quiet wisdom, sound advice and above all your kind giving heart and the lives that you have touched.

As per his wishes, there will be no visitation at the funeral home or funeral mass. A graveside service will be held on June 13, 2022 at 11a.m from Sacred Heart Cathedral cemetery, King Ave, Bathurst. Donations in the memory of Omer may be made to the New Brunswick CNIB Foundation or a charity of the donor’s choice. Arrangements are in the care of Elhatton’s Funeral Home, Bathurst (www.elhatton.com).