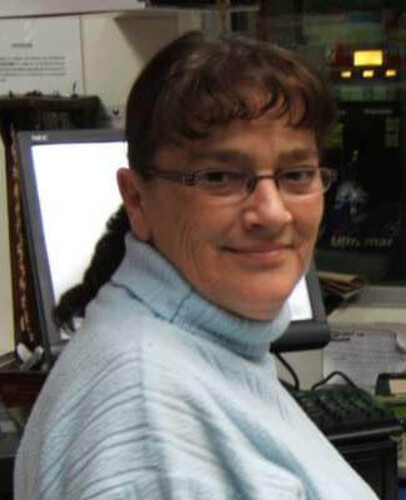 Bathurst - Mrs. Constance "Connie" Mazerolle, of Currie St., Bathurst, passed away on Sunday May 29, 2022, at the Chaleur Regional Hospital, Bathurst, at the age of 67.

Born in Bathurst, she was the daughter of Angelina (Albert) Daigle and the late Frank Daigle.

Connie worked for over 20 years at Maurice’s Gas Bar where she loved working in her community and made many friends along the way.

She is survived by her mother of Sudbury, ON and two sons: René Mazerolle (Lindsay Neale) of Nicholas Denys and Stephane Daigle (Laura Malon) of Vancouver, BC.

Three sisters: Gisèle White (Marvin) of Sudbury, ON, Ginette Roy of Robertville and Francine Racher of Simcoe, ON.

Besides her father, she was pre-deceased by two brothers: Gaston and Richard.

There will be no visitations at the Funeral Home. A celebration of her life will be held at a date, place and time to be announced. Donations in memory of Connie may be made to a charity of the donors choice. Arrangements are in the care of Elhatton’s Funeral Home (www.elhatton.com), Bathurst.