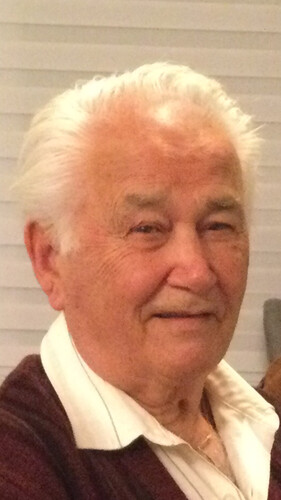 Bathurst – It is with great sadness, that we the family announce the passing of Arthur Dubé, of Chaleur St., Bathurst, which occurred Sunday June 12th, 2022, at the Chaleur Regional Hospital, Bathurst, at the age of 87.

Born in Bathurst, he was the son of the late Arthur Sr. and Kathleen (Christie) Dubé.

He was pre-deceased by his wife, Rita (Landry) Dubé and is survived by his daughter, Anne-Louise (Zita Losier) of Bathurst and two sons: Paul (Christine LeBlanc-Dubé) of Grande-Digue and Roger (Anne Godin) of Québec, QC.

Besides his spouse, he was pre-deceased by a brother and two sisters: Jeannine, George and Helena.

Arthur worked as a Barber most of his life and was a member of the Holy Rosary Church choir in Bathurst.

The family will receive relatives and friends at Elhatton’s Funeral Home (www.elhatton.com), Bathurst, after 2 p.m. Tuesday July 5th, 2022, from where the funeral will leave for funeral mass at 4 p.m. from Our Lady of the Rosary Church, Bathurst. Donations in memory of Arthur may be made to the Chaleur Regional Hospital Foundation or a favorite charity.