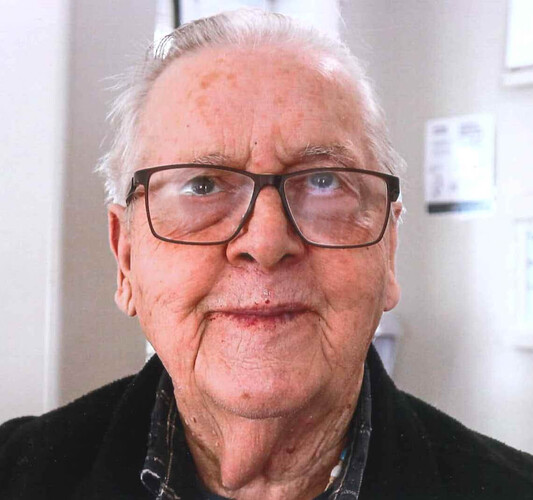 It is with sadness that we announce the sudden passing of Daniel Roy formerly of Dumaresq st. which occurred at the Chaleur Regional Hospital on Saturday, June 18, 2022 at the age of 89.

Born in Robertville, he was the son of the late Frank and Marie Anne (Daigle) Roy.

He is survived by one daughter, Nicole of Bathurst and a son, Robert of Robertville. Two grandchildren, Jesse and Justine as well as one brother, Euclide (Dorrine) of Bathurst and one sister, Patricia Pitre of Alberta.

He will be sadly missed by his nieces and nephews and his friend Ralph.

Daniel loved the Boudreau residence. They were his family. We would like to thank all of the wonderful staff for their love and kindness given to Daniel.

As per his wishes, a graveside service will be held at a later date.

In memory of Daniel who was an animal lover, donations can be made to the Bathurst S.P.C.A.  or the local volunteer center.

Arrangements are in the care of Elhatton’s Funeral Home, Bathurst, (www.elhatton.com).