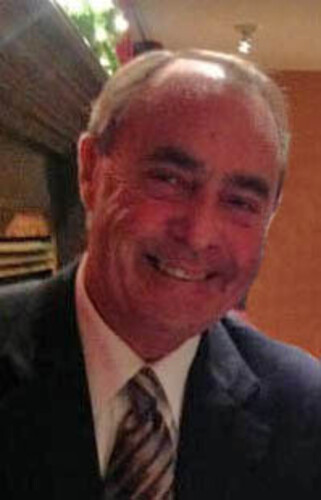 It is with great sadness that we, the family, announce the passing of Dale Blair Eddy of Bathurst, NB. Dale passed peacefully, surrounded by his loving family on July 13, 2022 at the Chaleur Regional Hospital. He was 68.

Dale will be sadly missed by his wife Micheline (Roy) and his son Nicholas (Nik) James, both at home.

He is survived by his brothers: Ian (Karen) of Janeville, NB and Jamie (Kelli) of Fredericton. Sisters: Susan (Greg) Bishop, Janet (Bruce) Scott, Leslie (Wally) Morrison and Victoria (Darren) Ellis all from Janeville, NB and several nieces and nephews. He was predeceased by his father, Blair W. Eddy and his mother, Marjorie J. (Gillham) Eddy.

Dale attended Superior School and Bathurst High School. He received his Bachelor of Business Administration from the University of New Brunswick in 1976. He then travelled in Europe for 8 months before moving to Fredericton to work for Central Trust. Dale returned to Northern New Brunswick in 1980 to work for Eddy Group Ltd. In 1980 he met the love of his life, Micheline. The couple moved from Bathurst to Dalhousie in 1984 where Dale managed the local branch of Eddy’s. In 1988, Dale moved to Halifax for 2 years where he obtained his Master of Business Administration from Dalhousie University.

Dale’s next move was to Saint John, where he worked for NBTel for two years. During this time, Dale and Micheline spent their summer weekends building a small log cabin on the Miramichi River.

In 1992 Dale moved back to Bathurst, where he finished his career with Eddy Group Ltd. It was there, they adopted their son Nicholas and began a new phase in their lives together. This phase included Dale’s passion for golf, where he became known nationally after he survived a life threatening “golf accident”. This did not deter him from continuing to golf with his family and friends.

In 2009, when Dale was Co-President of Eddy Group Ltd., he took an early retirement due to illness.

Outside of work and his family, Dale enjoyed nature and spending time at MERCK Lodge at Tetagouche Lake. He will be dearly missed by family and friends for his amazing sense of humour and his ability to tell a good joke like no other. Thanks for the laughs, Dale!

There will be no visitation at the funeral home. Funeral service will be held on Wednesday July 20th at 2 p.m. from First United Church, Bathurst.