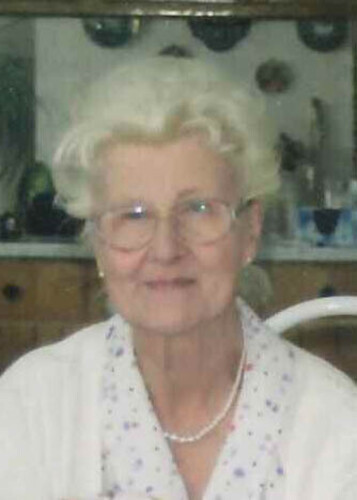 With heavy hearts, the family announces the passing of Mrs. Joan Elizabeth (Jex) Powell, wife of the late William Henry Powell, formerly of Allardville, which occurred at the Ross Nursing Home, Bathurst on Saturday, July 16, 2022, at the age of 92.

Born in England, she was the daughter of the late Reginald and Doris Jex.

She is survived by two sons: Barry (Liz) of England and William Jr. "Billy" of Allardville.

She is survived by one brother: Reginald “Reggie” of England.