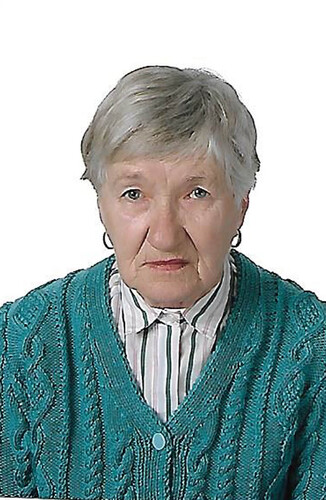 It is with sadness that we, the family, announce the passing of Erika Ward wife of the late Robert E. Ward of Bathurst which occurred on Saturday July 30th at the Chaleur Regional Hospital at the age of 91.

Born in Hamburg, Germany she was the daughter of the late Willi and Anna Schnell.

She is survived by her sister Monika Bruetsch of Switzerland and one brother Günter Schnell of Germany.

Besides her husband she was predeceased by her daughter Marina Ann Ritchie, son Geyr Dano Ward and grandson Luke Ritchie.

There will be no visitation, a private graveside memorial will be held at a later date. Donations in memory of Erika may be made to a charity of the donor’s choice. Erika was a believer in helping those less fortunate and paying it forward if you were able.

Arrangements are in the care of Elhatton’s Funeral Home, Bathurst. (www.elhatton.com)