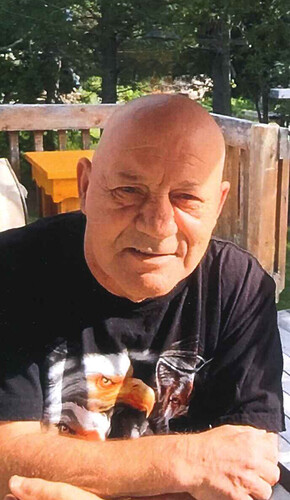 Kenneth Doucet of Sainte Anne, husband of Yolande (Roy) Doucet passed away at his residence on Thursday, August 18th, 2022 at the age of 68.

Born in Sainte Anne he was the son of the late Leonard and Albina (Pitre) Doucet.

Besides his wife he is survived by his sons: Ryan and Byran both of Montreal. Step-son, Remi Roy step-daughter, Chantal Roy and step-grandchildren: Alex, Patrick and Chloe all of Bathurst.

He was predeceased by the mother of his children Sherry (Beal) Doucet, step-son Luc Roy and brother Edmond Doucet.

Kenneth will be greatly missed by his wife of 23 years. Kenneth worked in several mines in Canada, his passion in retirement was wood working. He was always ready to help others. In the early 1970s Kenneth was involved with the Boy Scouts of Canada as a cub master and also assistant district commissioner.

As per his wishes there will be no visitation at the funeral home. A private graveside service will be held at a later date.

Donations in memory of Kenneth may be made to a charity of the donor’s choice.

Arrangements are in the care of Elhatton’s Funeral Home, Bathurst. (www.elhatton.com)