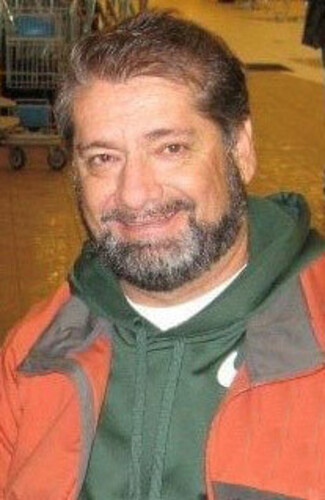 It is with great sadness that we, the family, announce the death of Jean-Paul Couture of Bathurst, which occurred at home on August 30, 2022, after a lengthy illness. He was 62.

Born in Bathurst, he was the son of Catherine (Blanchard) Couture and the late Paul Couture.

Along with his mother, he is survived by his wife, Sandra (Maher); two sons: David (Stéphanie Aubé) and Jeremy (Naomi); five brothers, Michel (Denise), James (Marlene), Marc (Sonia), Daniel (Carolyn), and Joey (Sunny); and many nieces and nephews.

He was also pre-deceased by a brother, Allain.

Jean-Paul passed away surrounded to the very end by his loving family, all of whom will greatly miss him.

He worked for many years at the Chaleur Regional Hospital in Bathurst, before kidney problems forced him into an early retirement.

Jean-Paul was loved by many, many people, and for good reason. To meet this man was to know true compassion and warmth. He genuinely cared about everyone, and was one of those rare individuals that, when you spoke with him, you knew he was listening intently and caring deeply about what you said, and you were his centre of the universe for that period of time. In a world where fewer and fewer people actually listen to each other, he was the exception.

Although he suffered greatly, especially during the last few years, you would never hear him complain. He always had a big smile on his face and had kind words to say.

He would be the first to tell you that he was a very lucky man. Although his kidney problems forced him to be on dialysis early in his adult years, he was fortunate enough to have a successful kidney transplant, which gave him at extra 30 years to live. He always said that that great gift allowed him to see his sons grow into adulthood, allowed him to travel, and to see his favorite sports teams – his beloved Montreal Canadiens and Toronto Blue Jays – in person. He often said he would leave this world with no regrets, and that’s all a person can ask for.

Of course, everyone who knew him is in a lot of pain right now, and that’s understandable. But sorrow and sadness is the price one must pay when you lose someone you love. The only way to avoid those feelings is to go through life not loving anyone, and Jean-Paul was fortunate for having so many people love him. And, rest assured, he loved all of you as well.

Jean-Paul has gone away, but he will always have a special place in the hearts of everyone he crossed paths with. We should all be so lucky to have that when we leave this world. And, until then, I hope and pray that more people will live their lives like he did: with a big smile, kind words and a beautiful spirit.

And I close with the following: please sign your organ donor cards, and let you family know of your wishes. He would want many, many other families to have the good fortune he had, to have many more years with their loved ones. That’s just the kind of guy he was.

The funeral will be held Friday, September 2nd, 2022 at 2 p.m. at the Sacred Heart Cathedral in Bathurst. Funeral arrangements are in the care of Elhatton’s Funeral Home (www.elhatton.com) in Bathurst.