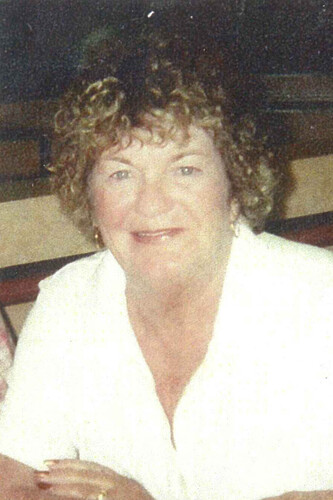 We the family announce the passing of Phyllis Branch wife of Harper Branch, which occurred at the Robert L. Knowles Veteran’s Unit on Monday September 5th, 2022 at the age of 76.

She was the daughter of the late William and Dorothy (Anderson) Brown.

Besides her husband of 51 years she leaves behind her three children: Stephen (Francine) Scott of Fredericton, Kimberly (Mario) Doucet of Sydney, Nova Scotia and Troy (Coleen) Branch of Moncton.

She was predeceased by her siblings: Marion Jenks, Dale Brown and Helen Minde.

There will be no visitation. Funeral service will be held on Thursday, September 8, 2022 at 2 p.m. from St. George’s Anglican church, followed by the burial at St. Alban’s Anglican cemetery.

Donations in memory of Phyllis may be made to the Robert L. Knowles Veteran’s unit or a charity of the donor’s choice.

Arrangements are in the care of Elhatton’s Funeral Home, Bathurst (www.elhatton.com).