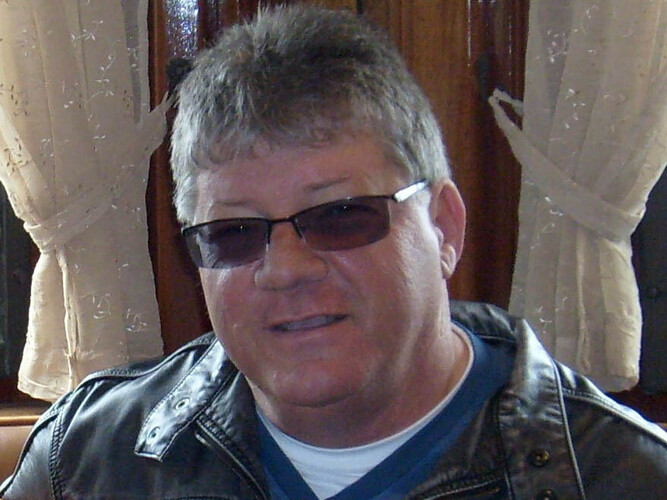 South Tetagouche, NB - It is with sad hearts, that we, the family announces the passing of Garry J. Imhoff of South Tetagouche which occurred peacefully surrounded by his Wife, Daughter, Friends and Godchildren that he adored, at the Chaleur Regional Hospital after a short battle with cancer on Friday Sept 30,2022 at the age of 61.

He was the son of Gregory Imhoff and Annette Henry of South Tetagouche.

He is survived by his brothers: Wayne of Bathurst and Kevin of New Zealand. Sisters: Gail Imhoff, Donna Bryar of Beresford and Nancy Wyborn of Barrie, Ont.

He worked for Guillevin International for 39 yrs where he formed a great working relationship with his co-workers and his customers Up shore and down shore. He looked at them as his family and enjoyed being with them. Besides his many friends, he had a passion for motorcycling with friends acquired along the roads. He and Vickie travelled over the years. One special Buddy, Denis, whom he considered as his little brother and his wife Jean. Now he is riding in heaven with the Angels.

As per his wishes, there will be no visitation at the funeral home and a private graveside service will be held at a later date. Arrangements are in the care of Elhatton’s Funeral Home (www.elhatton.com), Bathurst.