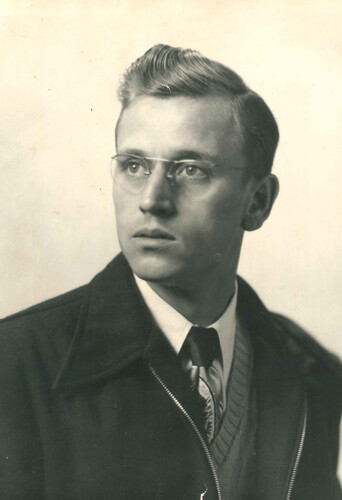 Allardville - Lionel Gionet, of Allardville, passed away on Saturday November 12, 2022, at the Chaleur Regional Hospital, Bathurst, at the age of 93.

Born in Bas Caraquet, he was the son of the late Lazare and Catherine (Gionet) Gionet.

He is survived by four children: Carole Braun (Norm) of Hannon, ON, Jean Gionet (Cathy) of Toronto, ON, Denis Gionet (Susie) of Brantford, ON and Roland Gionet (Rose) of Hamilton, ON.

One sister, Evangeline Paulin of Bathurst.

Besides his parents, he was pre-deceased by 13 brothers and sisters.

As per his wishes, there will be no visitations or funeral service. Burial will take place in the Christ The King Cemetery, Allardville at a later date.

Donations in memory of Lionel can be made to a charity of the donor’s choice.

Carole, Norm and Amber would like to sincerely thank their cousin, Murielle Gionet, for the care given to Carole’s father during her absence and also to Roland Gionet for the time he and his family spent with her father.