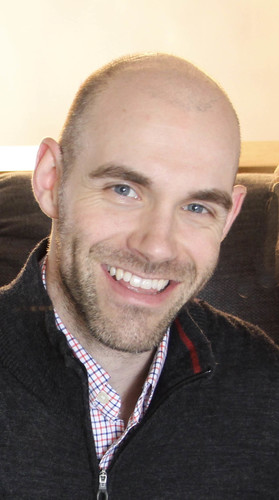 It is with deep sadness that the family of Bradley Bernard Chamberlain, 33, announces his passing which occurred on Saturday, October 19th at his home surrounded by his family.

Born in Bathurst, he is the son of Brian and Christine Chamberlain and the husband of Kayla Chamberlain (Theriault).

Bradley was a teacher and athletic director at Bathurst High School where he will be remembered as an exceptional teacher who made a difference both through sports and in the classroom. Sports and coaching were his passion. For more than 10 years, he coached and mentored youth at local and provincial levels including the BHS hockey team, Hockey NB high performance teams, BMH hockey schools and various minor hockey teams. Brad also had the opportunity to scout for the Acadie Bathurst Titan of the QMJHL. He excelled at golf having won many local tournaments and was a golf instructor for the Gowan Brae Junior Program for many years.

Bradley was recently honored by the Chaleur Regional Hospital Foundation after raising more than $9000 with his “Fight Cancer” bracelet campaign by announcing that the pediatric oncology unit will be named in Brad’s memory.

Visitation will take place at Elhatton’s Funeral Home (www.elhatton.com), Bathurst, on Wednesday, October 23rd from 2-4 pm and 7-9 pm with the funeral taking place on October 24th at 4 pm from the Sacred Heart Cathedral, Bathurst.  Donations in Bradley’s memory can be made to the Chaleur Regional Hospital Foundation- Oncology Unit, Bathurst Minor Hockey or the Gowan Brae Junior Golf Program.

The family and Bradley wish to extend their heartfelt thanks to Dr. M-A Doucet and Dr. E St-Hiliare for their care and dedication, the oncology teams at the Chaleur Regional Hospital and the Leon Richard Cancer Center, the Extramural Team and also his devoted, loving wife whose care allowed his final weeks to be spent at home among family and friends.