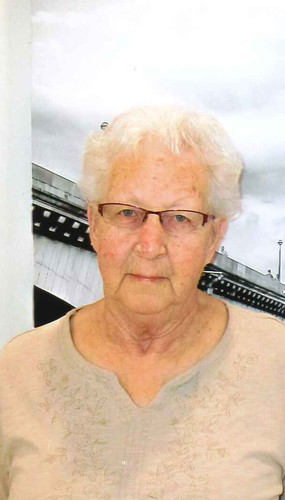 Born in Bathurst, she was the daughter of the late Lawrence and Violet (Imhoff) Boucher.

She is survived by one daughter, Cynthia Cyr (Bertin) of Edmunston, NB.  Three sons: Glen (Carol) of Big River, Daryll (Lynn Sharpe) and Rayme both of Sarnia, ON.

One brother, Clayton (Gail) of Bathurst.

There will be no visitation at the funeral home. Funeral service will be celebrated on Saturday February 8, 2020 at 10 a.m. from the Elhatton Funeral Home Chapel.

Donations in memory of Emma may be made to the Children’s Wish Foundation or a charity of the donor’s choice.