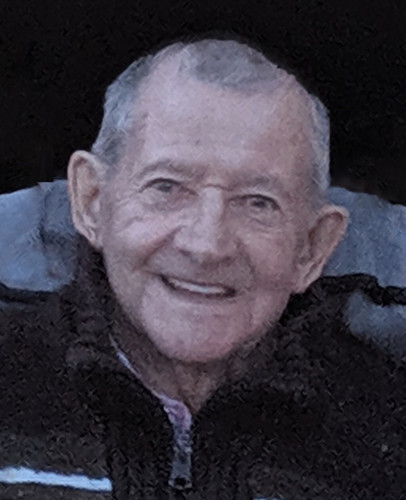 It is with great sadness that we the family announce the passing of Conrad “Tibi” Boudreau on Wednesday February 5, 2020 surrounded by his family at the Chaleur Regional Hospital, Bathurst at the age of 79.

Born in Beresford, he was the son of the late Clarence and Rebecca (Arseneau) Boudreau.

Husband of the late Exilda (Aubé) Boudreau, of Beresford. He is survived by one son, Robert (Claudelle) of Cambridge, ON, two daughters: Gisèle Frenette (Wayne Hachey) of North Tetagouche and Carole Boudreau (Rémi Bélanger) of Scoudouc.

He was pre-deceased by one brother, France (Jeanne) Boudreau, one half-brother, Réginald (Kathleen) Boudreau and sister-in-law Rita (Aurèle) Frenette.

Conrad was retired from the New Brunswick Liquor Corporation.

There will be no visitation at the funeral home. Funeral Mass will be celebrated on Wednesday February 12, 2020 at 11 a.m. at Holy Name of Jesus Church in Beresford followed by a small reception with light snacks in the church basement. Arrangements are in the care of Heritage Funeral Home (www.mfheritage.com), Beresford. Donations in memory of Tibi may be made to the Kidney Foundation, the Heart and Stroke Foundation or a favorite charity.