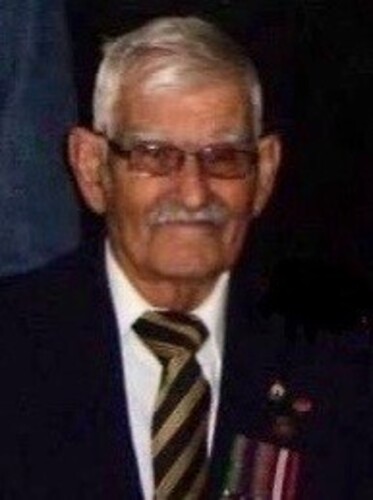 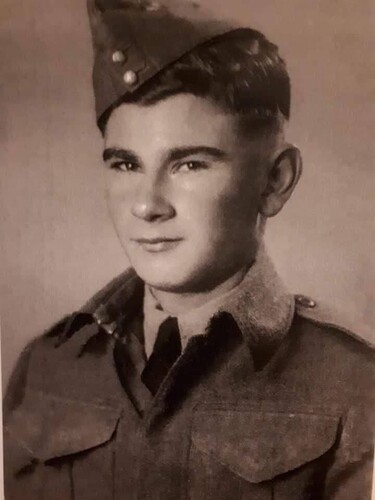 Marcel « Ti-Paul » Comeau, husband of the late Agnes Comeau passed away Thursday, August 13th, 2020 at the Villa Sormany, Robertville at the age of 97.

Born in St. George, NB, he was the son of the late François “Frank” and the late Agnès (Bertin) Comeau.

He is survived by daughters: Pauline Comeau (Raymond Pitre) of Bathurst and Jacqueline Comeau (Gerry Connors) of Robertville.

Marcel « Ti-Paul » was especially proud of having served in the Canadian Armed Forces during the Second World War. Upon his return from the war, he worked at Eddy Lumber and the former Brunswick Mines. In his retirement, he was part of the « Camp Watch » at Dry Gulch and surrounding areas. He was an avid fan of the Acadie-Bathurst Titans.

The family wishes to thank the personnel of the Villa Sormany for their dedication, care and love shown to Marcel during the past two years.

A funeral mass will be celebrated from Sainte-Thérèse d’Avila in Robertville by invitation only.

Donations in memory of Marcel may be made to a charity of the donor’s choice.

Arrangements are in the care of Heritage Funeral Home (www.mfheritage.com) of Beresford.