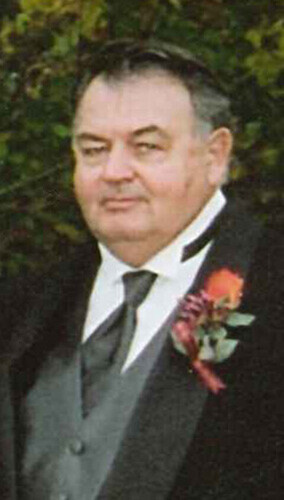 Bathurst - Jean “John” Surette of Bathurst, passed away suddenly at his residence on Saturday, August 29th, 2020 at the age of 77.

Born in Moncton, he was the son of the late Yvonne Bourgeois and Clorice Surette.

He is survived by his loving wife of 55 years, Jeannette “Janet” Lagacé and children: Danny Surette of Bathurst and Brenda Lee (Mathieu) Cormier of Dieppe. His three grandchildren whom he absolutely adored: Ashley Surette (Quinn), Brody Surette (Andrea) and Rylan Cormier. He also leaves behind his brother, Reginald and sister, Pauline (late Blair) LeBlanc, both of Moncton.

He was pre-deceased by his brother, Robert “Bobby” and a grandson, Brandon.

John was a loyal, hardworking VP of National Sales with Thermo-Cell Industries Ltd., retiring in 2015.

He was actively involved in sports locally and provincially as a Softball Coach, Umpire in Chief for Northern NB, President of Softball NB (1980-1987) and was also on the Executive Board of Sports NB for many years.

John could often be found at his camp hunting, fishing or playing cards with family and friends.

There will be no visitation at the funeral home. Due to the current pandemic, a private funeral service will be held.

Donations in memory of John may be made to the Heart and Stroke Foundation or a charity of the donor’s choice.