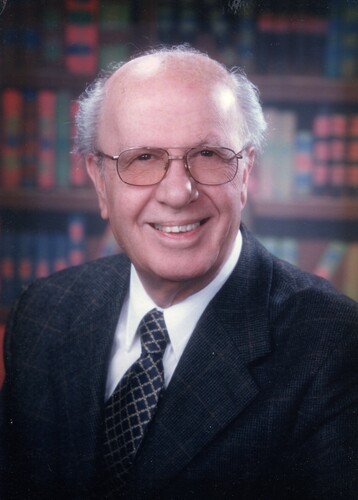 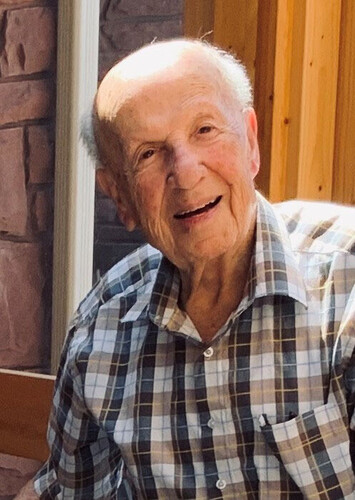 It is with great sadness that Édouard’s family announces his passing on September 18th, 2020. He leaves the great love of his life, Maryvonne, and his children whom he loved very much, Christine, Dominique (Robert Huot), Philippe (Anne Albert), Pierre (Susan Droege), Jean-Marc (Lynn Arseneault) and Patrick (Caroline Hachey), as well as twelve grandchildren whom he adored : Catherine, Anne-Sophie, Camille, Marie Hélène, Olivier, Natasha, Christian, Nicolas, Jean-François, Laurence, Pierre-Olivier and Vincent.

He joins his brothers and sisters who have passed before him: Yvette, Yvonne, Edmond and Émile. He is survived, in his native Lebanon, by his brother Nimr, his sisters-in-law Claire and Nazek and numerous nieces and nephews. He was very close to his sister-in-law, Thérèse Bonniot, who resides in France and spends a few weeks in Bathurst every year. He will also be missed by very dear friends and bridge partners.

Édouard studied in Paris, in Houston and at the Montreal Heart Institute, and also obtained fellowships from the American College of Cardiology and the American College of Chest Physicians. Recognized in the book “Pioneers of Cardiology in Canada”, he practiced cardiology in Bathurst for over forty years and established the first Intensive Care Unit in northern New Brunswick. During his early years in Bathurst, he served as the heart disease consultant for the Campbellton, Dalhousie, Tracadie, Lamèque and Caraquet hospitals. During his career, he held positions as President of the medical office of the Hôtel-Dieu Hospital and Chief of the Medical Staff of the Chaleur Regional Hospital.

Deeply committed to his community, he got involved in many causes and endeavors. He was the founding Chairman of the Northern New Brunswick Human Rights Committee, Chairman of the Board of Directors of the Collège de Bathurst, member of the Board of Governors of the Université de Moncton, honorary member of the Board of Directors of the Collège de Bathurst Foundation, President of the Camp Ectus Board of Directors and President of the Club Richelieu. Furthermore, his social commitment has been publicly acknowledged as recipient of the following: Freeman of the City of Bathurst award, Knight of the order of La Pléiade of the international Organisation of La Francophonie, Université de Moncton Medal of Honor, Commemorative Medal for the 125th Anniversary of the Confederation of Canada, the Horace Viau Medal of Richelieu International, member of the Compagnie des Cent-Associés, and life member of the New Brunswick Medical Society.

The family would like to thank paramedics, and emergency, intensive care and palliative care staff at the Chaleur Regional Hospital, as well as Dr. Teeluck, Dr. Dumont, Dr. Matteau and Dr. Pelletier who kindly cared for him during his short illness. Finally, a special thank you, to Dr. Wade and his staff.

In memory of Édouard, a donation can be made to the Chaleur Regional Hospital Foundation or to a charity of your choice.

Unfortunately, due to COVID-19 restrictions, a ceremony entrusted in the care of Elhatton Funeral Home (www.elhatton.com), as well as a religious service will be held at a later date.