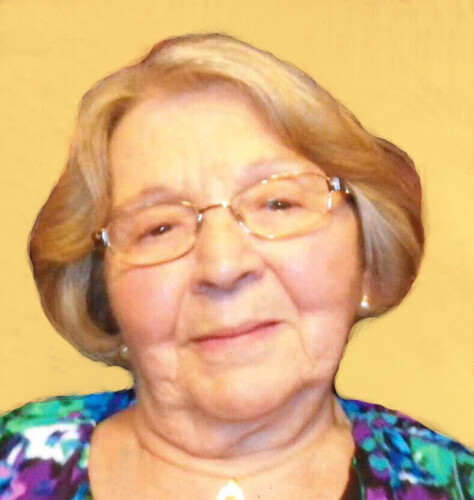 Born in Robertville, she was the daughter of the late Albénie and Hélène (Haché) Doucet.

She was the last surviving member of her immediate family and is survived by many nieces, nephews, great-nieces and great-nephews.

Besides her parents, she was pre-deceased by three brothers: Clovis, Gérard, Elzéar and five sisters: Éxella, Germaine, Rita, Anita and Léonille.

Hectorine worked as a seamstress for many years at the former Schryer’s and at Chez Monique in Bathurst. She was a member of the choirs in Bathurst and Robertville and was heavily involved as a volunteer in her community.

There will be no visitations at the Funeral Home. Funeral Mass will be celebrated from Église Saint-Thérèse-d’Avila, Robertville at a later date. Donations in memory of Hectorine may be made to the parish Sainte-Thérèse-d’Avila or a charity of the donors choice. Arrangements are in the care of Heritage Funeral Home (www.mfheritage.com), Beresford.