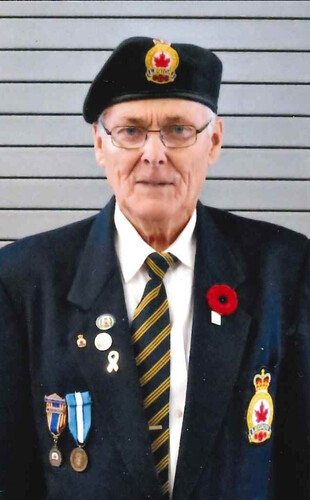 Nigadoo - Réjean Losier of Nigadoo, passed away on Wednesday April 7, 2021 at the Chaleur Regional Hospital, Bathurst, at the age of 76.

Born in Losier Settlement, he was the son of the late Douglas and Laura (Mallet) Losier.

He served with the Royal Canadian Air Force for 8 years and later worked as a heavy equipment mechanic at the former Brunswick Mines. Réjean was a member of the Herman J. Good, V.C. Br. 18 Royal Canadian Legion, Bathurst.

Besides his wife, Eva (Chamberlain) Losier, he is survived by four children: Robert Losier (Andrée) and Sonia Doucet (Denis) both of Beresford, Erica French of Petawawa, Ont. and Heather Steeves (Brian) of Switzerland.

He was pre-deceased by three brothers: Joey, Gaston and Zoël.

There will be no visitations at the Funeral Home. Funeral service will be celebrated on Wednesday April 14, 2021 from Elhatton’s Funeral Home Chapel by invitation only.