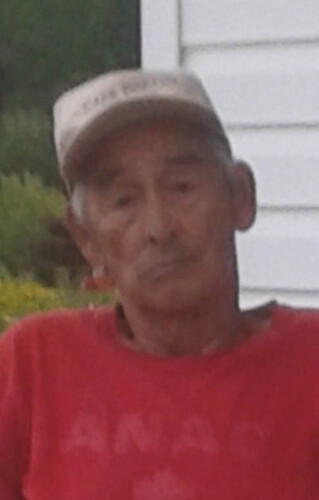 It is with heavy hearts that we the family announce the passing of Randolph Dorion, 84, which occurred on Wednesday, October 27th, 2021 at the Chaleur Regional Hospital, Bathurst. He was the son to the late Agnes Dorion of Bathurst.

In their 66th year of marriage he leaves behind his wife Emelia (Couture) of Bathurst, NB. His daughters Shirley Ann (Denis Boucher) of Western Canada, Mary Jane (Mark Nini) of Bathurst and fostered son, Warren Brown (Della Vienneau) of Bathurst.

He also leaves behind three grand-children and four great-grandchildren.

He worked at Consolidated Bathurst/ Woodland Division as a heavy equipment operator until his retirement in 1992. He was an avid hunter, fisherman and loved nature. In his later years he enjoyed gardening with his loving wife.

We would like to thank Dr. Catherine Maltais for the continuous care given during his illness. Dr. Rebecca Arseneau for the care she provided in the palliative unit. For those who may question if guardian angels exist, we found them in the nurses of the palliative unit. Thank you for taking such good care and love to our departed husband and father.

There will be no visitation or funeral service. Interment will take place at St. Mary’s cemetery, Bathurst.

Donations in memory of Randolph may be made to a charity of the donor’s choice. Arrangements are in the care of Elhatton’s Funeral Home (www.elhatton.com), Bathurst.