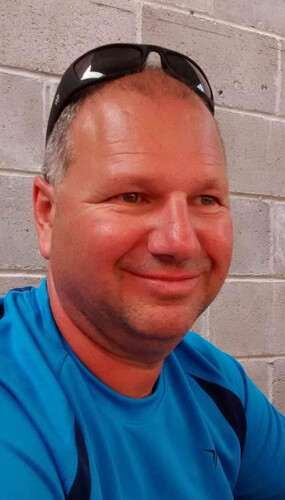 Sainte-Anne, Glou. Co. – It is with great sadness that we, the family, announce the death of Gary Pitre, of Sainte-Anne, which occurred Tuesday November 15, 2022, at the Chaleur Regional Hospital, Bathurst, after a courageous battle with cancer.

Born in Bathurst, he was the son of the late Hector and Evelyne (Haché) Pitre.

Besides his spouse, Ginette (Duguay) Pitre, he is survived by his two daughters: Stéphanie Pitre (Sam Hunt) and Natasha Pitre (Ben Dodd) both of Ottawa, ON, whom he adored.

He also leaves behind his pride and joy, his grandson, Carter.

Besides his parents, he was pre-deceased by a sister, Carmelle Pitre and a special niece, Anne-Marie Dwyer.

Gary was a sales representative for Frito Lays Canada. In his younger years, he enjoyed playing several sports and was a member of many teams, including hockey, brome ball, softball/baseball and bowling. His favorite sport was golf and he member of the Gowan Brae Golf Club since 1988. Some other favorite pass times were camping, travelling and enjoying time with his many friends. He was well known in the business sector, having worked several positions at different businesses including Eddy’s, the K.C. Irving Regional Center and being the former co-owner of the former Proprio Pétro Canada. Gary was a member of the Club Richelieu in Bathurst for several years.

The family would like to thank Dr. Jacques Maillet, Hematologist, the Oncology Centre in Moncton, the team at the Oncology Center (BMT) in Halifax, Dr. N. Chettiar, all the personnel in the Oncology Department in Bathurst and the fantastic nurses on 2nd West at the Chaleur Regional Hospital Center for the care given to Gary.

Following Gary’s wishes, there will be no visitations at the funeral home. A memorial service will be celebrated on Wednesday November 23, 2022, at 2 p.m. from Elhatton’s Funeral Home Chapel, Bathurst. All are welcome to a gathering following the service at 3:30 p.m. at the Gowan Brae Golf Club.

Donations in memory of Gary can be made to the Leukemia and Lymphoma Society of Canada, the Children’s Wish Foundation, or a favorite charity. Blood donations were crucial during his illness, he would be thankful having friends and family donated blood to the Canadian Blood Services in his memory.